Why is the Alberta government in a situation where there expenditures are far in excess of their revenues?


Money is created as debt. When the price of oil was over, or near, $100 a barrel, the oil companies were taking on massive amounts of debt in order to build new projects in the Alberta oilsands and elsewhere (of course nobody was complaining when these companies were taking on all this debt, nor were they complaining about the salaries of the oil workers and their bonuses). The fact that the oil companies borrowed money for projects led the banks to create new money (every loan creates a deposit), and this new money was distributed to employees as wages, salaries and dividends. Further, consumers were taking on more debt as they saw their wages rising. In total, private debt was growing (business and consumer debt), and the government was in a situation where it's revenues exceed its expenditures and it was able to pay down its debt.


Now the price of oil has plummeted to less than half the price it was over a year ago. This has forced oil companies, and those that service oil companies to not only stop taking on additional debt (there are no more new mega projects being built in the oilsands), but they also are desperately trying to pay off their outstanding debt. This of course reduces the money supply. Now government revenues are less than they once were by a substantial amount,and this forces the government to take on additional debt to keep operating and providing the same services they once did.


In other words, the system cannot operate without ever increasing debt, whether that debt is private or public. A professor once told me that when explaining accounting to a class of economics students he told them that a balanced budget is equilibrium (ie. supply equals demand). But as we see, all the budgets in an economy cannot balance simultaneously, so aggregate demand never equals aggregate supply. If the government were to slash its spending in order to now balance it's budget, this would force businesses to either take on more debt, or declare bankruptcy in order to wipe out their debt. So the economy must not be in equilibrium if we have to take on ever increasing debt in order to make it function. The economy must be in a continuous state of disequilibrium.


In a letter to William Aberhart, C. H. Douglas wrote:

Strictly Confidential to Executive Council of

This seems to be a suitable occasion on which to

emphasise the proposition that a Balanced Budget

is quite inconsistent with the use of Social Credit

services “as, when and where required”] in the

modern world, and is simply a statement in

accounting figures that the progress of the

country is stationary, i.e., that it consumes

exactly what it produces, including capital assets.

The result of the acceptance of this proposition is

that all capital appreciation becomes quite

automatically the property of those who create an

issue of money [i.e., the banking system] and the

necessary unbalancing of the Budget is covered

In other words, the banks control the ability to monetize physical capital (machines etc..), and the ability to do so only comes at the price of additional debt to the banks. As we become richer, we become further indebted to the banks for the use of the physical capital we created. That is the essence of servitude, and the cause of poverty in the midst of plenty.
Posted by Socred at 14:41 4 comments:

The following is a list of what I believe are erroneous economic assumptions.  While the list is not meant to be exhaustive, these assumptions lead to erroneous conclusions.

5) Factors of production are only land, labour and capital
6) Man's needs and wants are insatiable
7) There's no such thing as a free lunch
8) Money is a commodity that acts as a medium of exchange
9) Real costs are opportunity costs 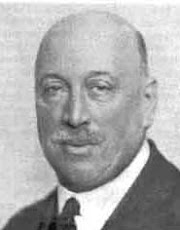